15-year-old Alexandra Moody has been competing in rhythmic gymnastics since she was 11 years old. Her trainers recognised her great potential straightaway. She trains about 22 hours a week and last year alone she took part in 14 competitions, one of them an international one.

Equally important was her participation at the Copa de la Reina competition held in Guadalajara, where she performed twice and ranked right after the top international members of the national team.

We have no doubt that she will keep obtaining great results as a gymnast very soon.

As for the next season, Alexandra has great goals in mind, starting with the Budapest Cup in late February.

If you want to know more about this young talent, check her website www.alexandramoody.es

Quely congratulates her on her promising sporting career. 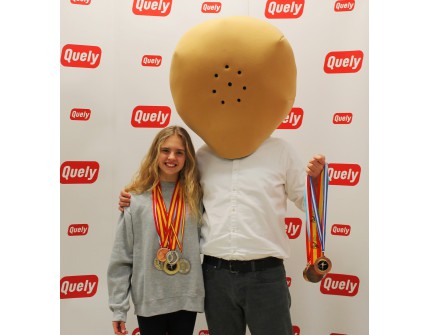