The collaboration between the Laboratory for Research into Renal Lithiasis at the 'Universitario de Investigación en Ciencias de la Salud' (IUNICS) and the company Quely has enabled the launch onto the market of a new functional product that has antioxidant effects and is good for the heart. The product, which will be marketed under the brand name 'Quelis Cor', consists of crackers made with olive oil which include natural substances obtained from the grape seed, known as polyphenols, which have antioxidant properties that protect the tissues and prevent the development of illnesses related to the action of free radicals.

Free radicals are highly reactive molecules present in the human organism, produced by cells through cellular metabolism or by the action of toxic agents, such as tobacco, environmental pollution, excessive exposition to solar rays, or stressful situations, among others. In a suitable concentration, free radicals have beneficial effects, as they help the fight against bacteria and viruses, the regulation of the structure and function of proteins, and the control of muscular tone. In contrast, an excessive presence of these molecules in the organism has negative consequences, as it produces disorganisation in the cellular membranes which is lethal for the cells. The action of free radicals speeds up the ageing and degeneration of body cells, something which favours the appearance of illnesses associated with oxidative stress.

To combat the effect of endogenous free radicals, the organism produces its own antioxidants (enzymes such as catalase or dismutase), which are insufficient if they also have to cope with exogenous free radicals. Therefore the body needs an extra supply, which it obtains through the ingestion of certain products rich in antioxidants, particularly those of vegetable origin.

'Quelis Cor' crackers are a functional food that has been developed through a joint project between the UIB and Quely, which materialized in February, 2009 with the signing of an agreement. A food is considered functional when, apart from providing nutritional value (energy, fats, sugars, proteins, vitamins, minerals, water ...) it can scientifically be shown that its habitual consumption has an additional beneficial effect on the health, beyond that which is strictly nutritional, both the improvement of wellbeing and the reduction in the risk of developing some illnesses. A functional food can be natural or technologically modified when some element of the composition is added or eliminated with the aim of improving the health.

The research by the team of researchers led by Doctor Félix Grases within the framework of this agreement, has focused on the analysis of the effect of polyphenolic compounds, such as the flavonoids (non-nitrogen plant pigments), in the prevention of pathologies related to lesions generated by free radicals. Specifically the polyphenols from the grape seed which are present in 'Quelis Cor' crackers have a chemical structure particularly suitable for performing antioxidant action. They have aromatic rings with substitutive hydroxyls, which enable them to act as captors of free radicals giving them another antioxidant capacity. Furthermore, other studies have related the antioxidant activity of the polyphenols to the prevention of cardiovascular illnesses, diverse types of cancer and Alzheimer's disease.

The team from the laboratory for Research into Renal Lithiasis has studied the role of antioxidants in the prevention of a specific type of kidney stones, papillary lithiasis, which represents around 12 or 14 per cent of all kidney stones. The researchers at the UIB have identified that lithiasis (or formation of stones) calcium oxalate monohydrate (COM) is related to the existence of a lesion in the renal papilla which enables the fixing on the injured area of the initial particle on which the stone will form. It has been proved that this lesion in the kidney tissue is related to the oxidation processes caused by cytotoxics, and more specifically, by free radicals. One of the works on this subject has been published recently in the journal 'Urology'.

The research by Fèlix Grases's team, which has also been published in the journal Urological Research, has consisted in easing the preventive effect of certain types of flavonoids present in medicinal plants in the development of papillary renal lithiasis. To confirm this, the researchers treated laboratory animals to which this type of lithiasis had been induced, with the catechin flavonoid (CAT) and epicatechin (EPI). A third group of animals was treated with an extract of medicinal plants traditionally used in Mallorca (FHE), Fagolites, manufactured by Falifi laboratories, in Consell, until the 1990's.A fourth group did not receive any treatment. In the first three groups of animals, there were no signs of calcification or papillae or intratubular deposits in the renal tissue. However these were observed in the group of animals that did not receive any treatment at all. This would demonstrate the efficacy of the flavonoids in the prevention of damage caused by the free radicals.

The IUNICS The 'Instituto Universitario de Investigación en Ciencias de la Salud' (IUNICS) is a mixed research organization between the University of the Balearic Islands and the Autonomous Community of the Balearic Islands. It was set up in 2006 to promote quality research in the area of health sciences and with the objective of stimulating and facilitating the attainment of biomedical knowledge in order to enable its transfer to clinical practice. At present, IUNICS is spread over three centres, one on the campus of the UIB, one at the Son Dureta Hospital University and the other at the Son Llàtzer Hospital. The IUNICS will be structured in five large research areas - infectious and immune illnesses, renal and cardiovascular diseases, neurosciences, nutrition and onco-hematology- in which more than thirty research groups will be working alongside each other.

Quely is a traditional family run business, based in Inca (Mallorca) since 1853, which produces a wide range of traditional products, to which have been incorporated new references to satisfy the demands of new consumers. With the objective of introducing new products for the new needs of the market, Quely has established a collaboration agreement with the IUNICS, in the hope that this collaboration between institution and business, will enable the development of new functional product projects, related with the improvement and the provision of nutritional and healthy benefits. 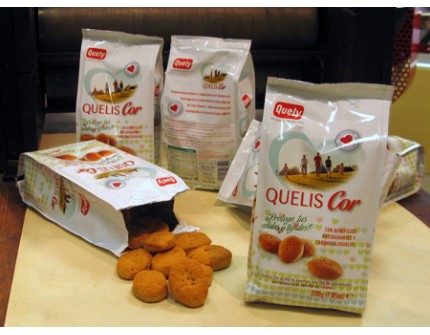 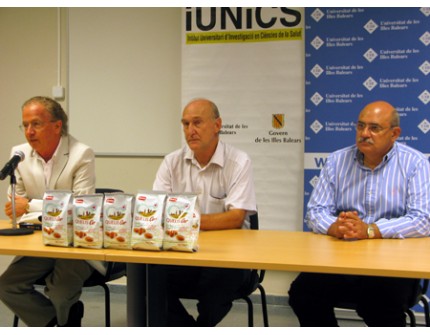 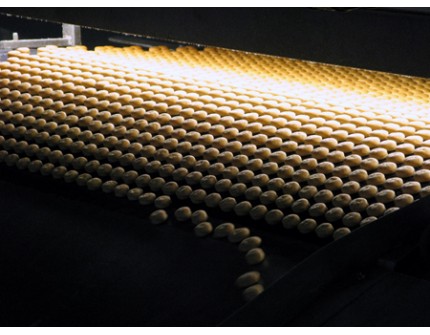 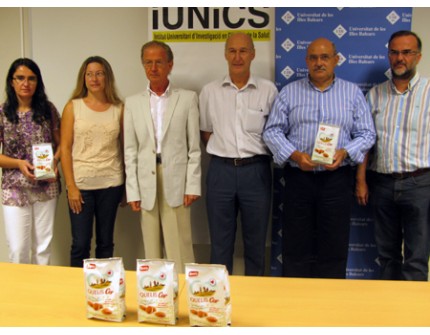 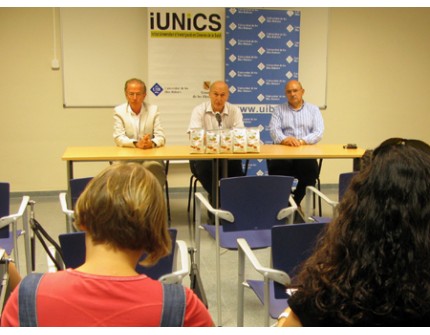