The organisations are working together to include stickers and tattoos inspired by 24 species of marine life in “Quely merienda” The promotion will also be giving away 1,000 free tickets to Mallorca's aquarium.

Palma de Mallorca, 23 July 2010. The fashion for kids' tattoos arrives in the Balearics this summer with Palma Aquarium (www.palmaaquarium.com) and Quely (www.quely.com). The two companies have just signed an agreement that will allow children from the archipelago to have fun this summer collecting “tattoos” and stickers inspired by 24 different species of marine life that will be included as gifts in milk chocolate and white chocolate Quely merienda sold over the summer. The agreement has been signed by Palma Aquarium Managing Director, Antonio González Clemente and the Managing Director of Quely, Jaime Doménech Ferrer.

From octopuses and star fish to tropical fish and sharks, these animals and many more will delight little ones who, if they are lucky, could also become lucky winners of some of the 1,000 free tickets to Palma Aquarium - valid until 31 October 2010 - that will be distributed with Quely merienda. The promotion, which begins at the end of this week and will last until approximately October, aims to continue encouraging a love of animals in children of the islands by using the technique to which they pay most attention, and enjoy the most: play. Don't miss out on your “pezetatoo” this summer. 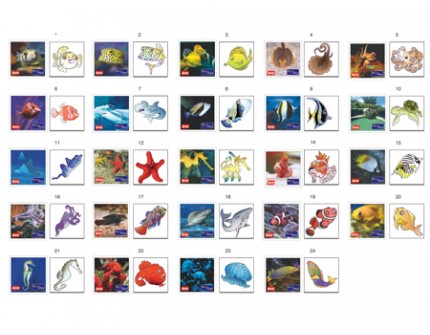